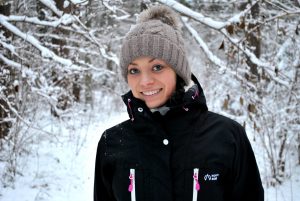 First when I saw the project I knew that I want to be part of it. Because I have lot of experience in working with youngsters, the opportunity to do something inspired me. I feel the need to grow as a person enriching my culture, language and learning from people that are working in the same area. Moreover an EVS project in Europe will provide me with a huge opportunity of having international exposure and multicultural perspective.

I like to sing very much and I have participated in many Estonians song and dance festivals. Also I like hiking, climbing and shooting arrows with a bow, as hobby. My other activities and interests include listening to music, watching movies and spending time with friends and families.

I am not afraid to discover, experiment and to ask questions. I have participated in youth exchanges and training courses abroad and this helped me to be brave to ask. Also those projects thought me a lot about group dynamics and understanding cultural differences around me. This EVS opportunity means a great deal for my professional and personal growth. I am highly motivated, open-minded and with outstanding communication and organization skills.

I am ready to learn!

Yes, I have a Romanian name, but you write it with K. Very similar, with a tiny difference, just like I found Romania comparing to my home country, Slovenia. I could say that I just had a year of honeymoon – well a honey-year, then – with Romania. After coming here to do volunteering in the capital, I accidentally fell in love with its countryside, which is going to keep me here a little longer, trying to be of some help to Curba de Cultură’s mission. 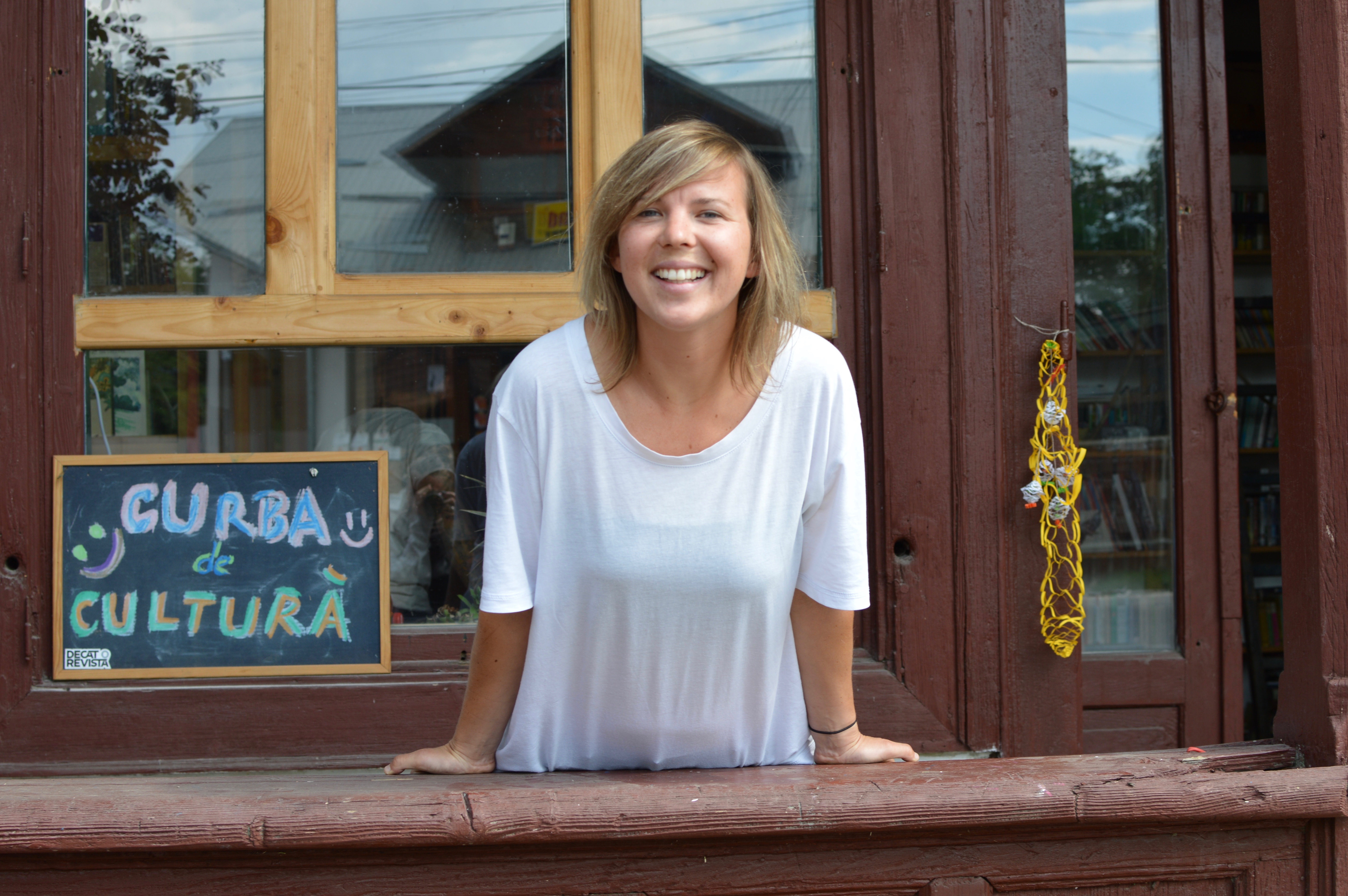 I was born and raised in the hilly countryside of Slovenia, a tiny country just a good 1000 kilometres from Romania, heading west. As far as my first memories go, my family no longer had farm animals, as that was becoming less and less profitable in the early 90s, but all the rest reminded very much of farm life: plots of vegetables to be planted every spring, big orchard full of fruits in the summer and some hard work with preparing winter wood supplies in early autumn. Now that I think about it, pretty much the things I find so charming here in Izvoarele.

I was a little bit of a bookworm, starting to read at the age of 5. Reading was, besides riding bikes with my older sister, my favorite daily activity. That also didn’t change much, just the books became more and more boring since I also went trough high-school education in the mean time. Books got better again when I enrolled in university, I really enjoyed my studies – for 4 years I was dedicating my reading time mostly to sociology and political theory. And the best part of it was writing my diploma on developmental studies and ecology.

My last and longest workplace was related to books, surprise, surprise. I was working for the last few years with a charming little NGO, organising pop-up libraries all around the country, setting free reading and literature events in public spaces and natural areas. Again, another thing that reminded me of home when I first entered Bibilotecă of Curba de Cultură.

At the peak of having a bunch of work-related obligations, I accidentally came across a call for EVS volunteering in Bucharest, shared by one of my Facebook friends. I remember I did my Skype interview in the attic of the place I was working, during lunch break. Internet connection was bad. Or maybe Skype was getting old already, I don’t know. I didn’t really know what to expect, as I was applying to work in a clinical animation project. As things turned out it was much more than that, including teaching kindergarten kids a Slovenian dance or making origami frog competition with drug-addicted youth in a psychiatric hospital. Not to mention sharing an apartment with a little Europe – we were French, Estonian, Spanish, Latvian and Slovenian.

Being extremely lucky of being at the right time in a right place, I met Cosmin and Curba de Cultură. Ever since my first visit I could see myself coming to work here, learning so much stuff I didn’t get from the books (well, and also read some of the books from Bibliotecă ;).

Here I am at the beginning of my second Romanian year. Soo… bine, pa!